We are looking for coaches! If you have any interest in coaching with Colorado Water Polo, please email Coach Kyle at coachkyle@coloradowaterpolo.org. 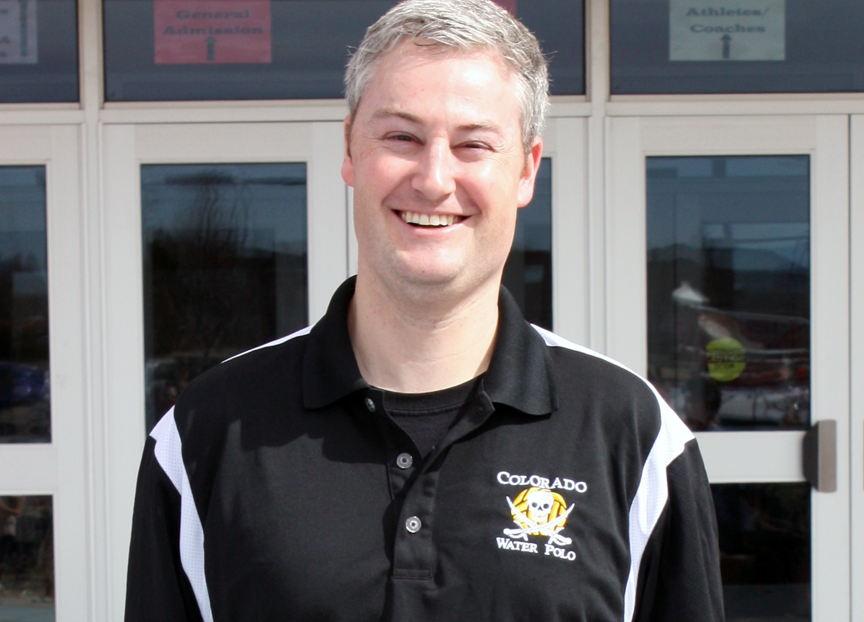 Kyle joined Colorado Water Polo in 2008 and began coaching CWP’s youth program in the summer of 2011. Since Grier Laughlin started the youth program in 2010, CWP’s 12U teams have taken second at the Mountain Zone Championships three times (2010, 2011 and 2013), were Mountain Zone champions in 2014 and 2015 and have won eleven regional tournaments. The 12U team took first in 2104 and second in 2015 and 2016 in the co-ed division of the prestigious Winterfest Tournament in Los Angeles, and they also took 10th in the nation at the 2015 Rocktober 12U Championships. Kyle was recognized with the Ted Newland Distinguished Coaching Award as the male developmental coach of the year for the Mountain Zone in 2013.

Kailin primarily coaches our high school athletes, as well as our girl’s team.

Kailin joined Colorado Water Polo in 2003 as an athlete and one of the first female players on the team. Kailin was one of the first Pirates to play varsity water polo at the college level. She played defender for Colorado State’s Division I varsity squad for four years and graduated in 2010. Kailin improved every year of her varsity career, earning a full-tuition scholarship, a starting spot, and a position as team captain. Her senior year Colorado State was ranked in the top 20 college teams in the nation after upsetting the Univerisity of San Diego and finished 4th in the WWPA Conference Championships.

Kailin rejoined the Pirates after college as a coach in 2011. Kailin is always striving to improve and is a member of the 2022-2023 Mountain Zone Olympic Development Program coaching staff. She has been recognized as the recipient of the 2014 Brent Bohlender Distinguished Coaching Award as the female developmental coach of the year. 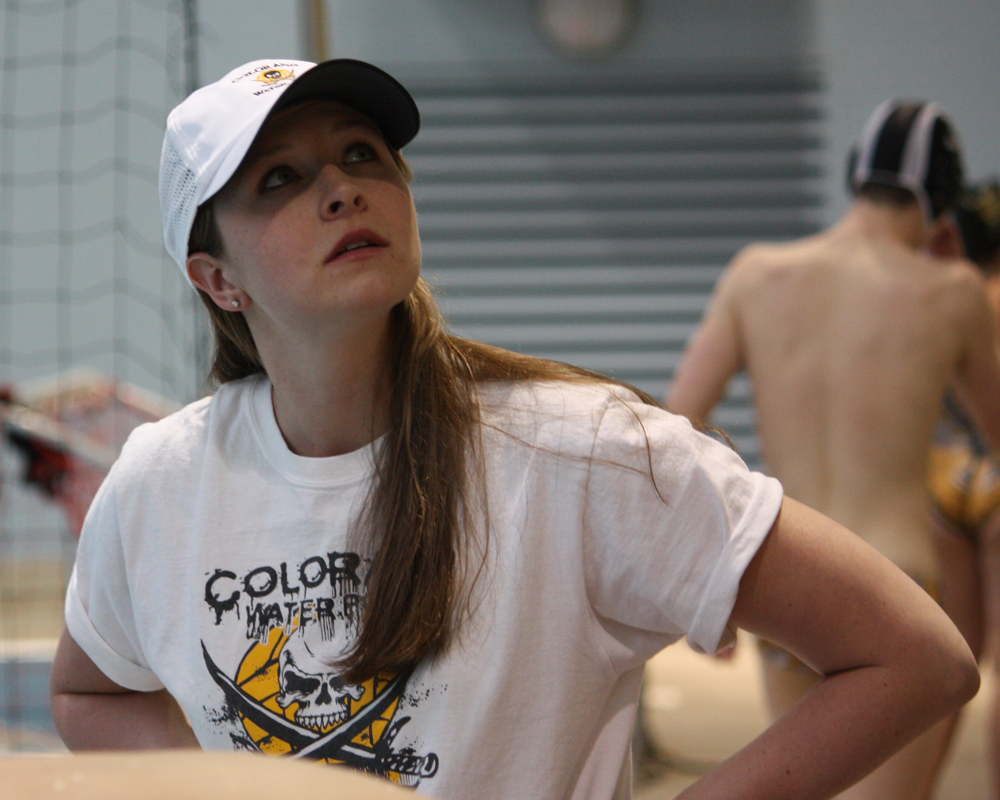 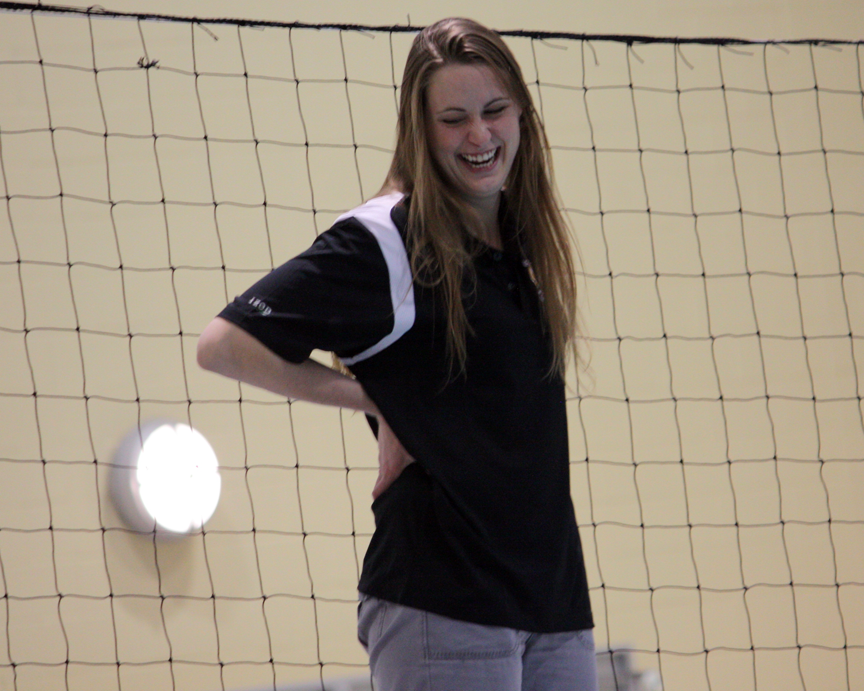 Maureen joined Colorado Water Polo in September, 2011. She coaches the 12U group and is the goalie position coach for CWP.

In Maureen’s time coaching the youth team, CWP’s 12U teams took second at the 2013 Mountain Zone Championships, were champions of the Mountain Zone in 2014 and 2015, and have won eleven regional tournaments. She coached the Colorado 12U girls team to a second-place finish at the 2013 12U Rock-tober National Championship and coached the co-ed team to a 10th place finished at the 2015 Rock-tober. The 12U team also took first in 2014 and second in 2015 and 2016 in the coed division of the prestigious Winterfest Tournament in Los Angeles. Maureen was recognized with the Brent Bohlender Distinguished Coaching Award as the female developmental coach of the year for the Mountain Zone in 2013.

Maureen began playing water polo when she was seven years old in her hometown of Mundelein, Illinois. She played competitively in high school (where she was named first team all-state three times), played goalie for the Midwest Zone team (won the Speedo Cup in 1999 and Junior Olympics in 2000 for the 14U age group – Maureen was named MVP of both tournaments), and the National Youth Team. Maureen also played for the Southern Illinois University Club team in college.

Jake swam competitively 6, and did not start playing water polo until his freshman year of high school at Washington High School in Fremont, California. He fell in love with it and started playing year-round right away. Jake played club for West Coast, De Anza-Cupertino Aquatics (DACA), and West Valley. In high school, Jake played Varsity for 2.5 years making sections every year, was awarded all-league honors his junior and senior year as well as team MVP awards, he made the all-section team his senior year, and was captain. After high school, Jake went on to play two years at Sierra College (CCCAA) in Rocklin, California. His sophomore year, our team won the big 8 conference, finished 2nd in NorCal, made the State Championship tournament and finished 4th in California. At Sierra Jake was also a part of the swim team. After his two years in Junior college, Jake transferred to Chico State where he played club. His senior year, his team was ranked number 8 in the country. In 2021 Jake moved to Denver and started playing masters with Denver Water Polo, shortly thereafter he began coaching with the Pirates. Jake was also the Head Coach for the Cherry Creek School District Team that finished first at Colorado High School Water Polo League Championships in fall of 2022.

A full bio on coach Marissa is coming soon

Olivia began playing water polo in high school as a goalie at Berkeley High School. There, she played on varsity during my junior and senior years as well as swam competitively all four years. Olivia recruited to play for Division 3 Connecticut College where I had the privilege of being coached by Matthew Anderson who has coached the likes of USA Olympic goalie Betsy Armstrong. Olivia was Connecticut College’s starting goalie every year and was awarded ACWPC Women’s All-Academic Awards as well as CWPA defensive player of the week in 2021. In hersenior year, Olivia served as team captain. Outside of college Olivia coached youth water polo and swimming for UC Berkeley for 3 seasons and worked as the lead swim lessons department coordinator. Since recently moving to Colorado she has loved joining the Pirates!

Sean has spent most of his life in a speedo.  He started swimming at age 6 for his local Boys Club in CT and was first introduced to water polo in HS.  He went on to play four years at Bucknell University in the 1990s.  After college, he has moved around the country and played master’s water polo at almost every stop.  While living in Seattle in the late 1990s, he helped start a team at Bellevue High School.  In 2001, Sean was honored as the HS State coach of the year.  That team continues to enjoy tremendous success, including placing many players on Division 1 teams.
Sean comes from a water polo family.  His older brother Michael brought water polo into the house when he was younger.  Sean’s younger sister Kim was the first female to play on the Greenwich High School boys’ team.  Kim followed Sean to Bucknell where she lead the transition of the women’s team from a club to varsity.  Most recently, Kim spearheaded the formation of Greenwich Aquatics, one of the top club teams in the country.  Water polo continues on with the next generation, with nieces, nephews, and now Sean’s youngest son (Dexter) all picking up the sport.