For parents, fans, and anyone new to the game. 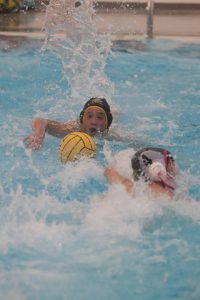 Andrew Carter sprints to the ball.

Water Polo combines skills from many sports including swimming, soccer, basketball, and wrestling. It is a sport which requires speed and endurance, finesse and power, individual ability and team strategy.

There are 6 field players and a goalie on each team. Field players swim up and down the pool, playing both offense and defense, trying to put the ball past the goalie into a goal which is 1-meter high and 3-meters wide.

Field players may use only one hand to pass and shoot the ball. The goalie is allowed to use both hands to defend the goal. Players are not allowed to touch the bottom or sides of the pool. A regulation playing area is 30 meters by 20 meters and at least 8 feet deep, but many pools are smaller than this. Our locations are roughly 25 yards long and 6 lanes wide. Some venues have pools which are shallow at one end. In such pools, the shallow-end goal is larger and the goalie is allowed to stand on the bottom. Field players are not supposed to touch the bottom of the pool and the ball at the same time, or use the bottom to gain an advantage.

Referees walk along the sides of the pool to watch the game. There are numerous ordinary fouls called throughout the game. The ref will blow the whistle often pointing to the spot of the foul with one arm, while showing the direction of play with the other. Unlike many sports, where play stops on the referee’s whistle, players will keep swimming or wrestling for position at this time. The player who was fouled is awarded a free pass. The defender must give them roughly an arm’s length of space to make their free pass. If the person earning the foul is outside of the 5-meter line, he or she may shoot if they do so immediately.

4 – Why is that player leaving? 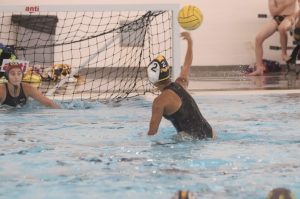 A player may be excluded for an overly aggressive foul or for fouling an offensive player who has an advantage (between the defender and the goal). The offending player must swim off to the corner by their team bench, and the offensive team has a power play, similar to hockey. The player is out for 20 seconds until a goal is scored, or until the defensive team regains possession. In situations where there is an overly aggressive foul that prevents a certain goal, a penalty shot may be awarded. The play stops and an offensive player is awarded a free shot on the goal from the 5-meter line.

Athletes who try this game soon start to love it. We keep hearing about the challenge and combination of skills required for the game and the camaraderie of this team in particular. We, as coaches, talk about how well these team members get along and how welcoming they are to new players. 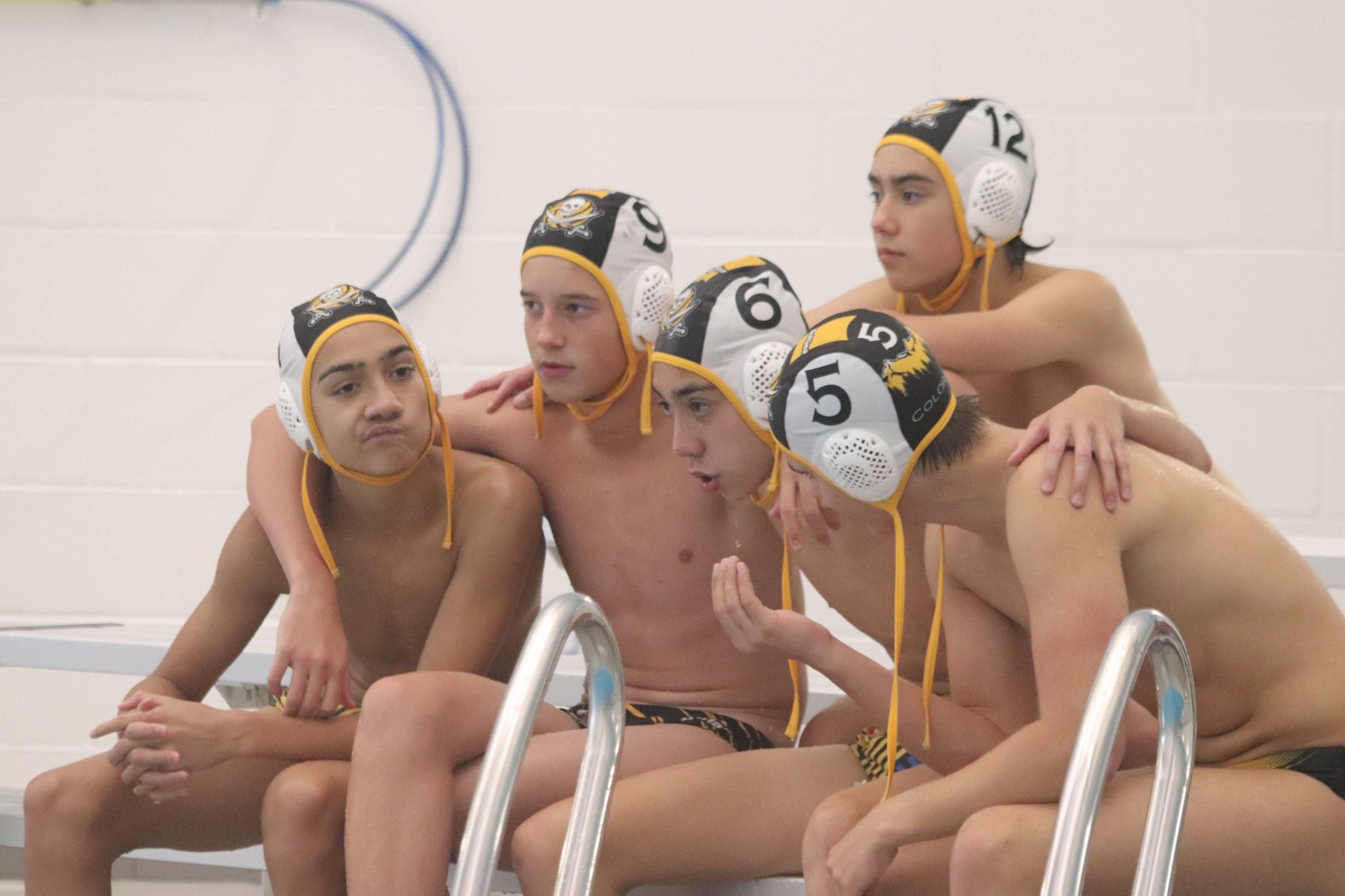